A Music Festival for the Soul

The fourth edition of the »music festival for the soul«, which is held in the city’s brightly lit concert halls and churches, takes place in February 2019. For a good three weeks, some 25 events offer music to help the listener escape the greyness of a Hamburg winter and also tries to answer some profound questions.

What am I living for? Is there a higher sphere of existence, possibly even a god? What happens after death? In a time when many people are dependent on their smartphone and feel abandoned by society, in a time when big political issues seem insoluble, such questions are more pressing than ever.

The dark and cold month of February seems an ideal time to reflect on intrinsic values. Many people are looking for inner peace, for ways to soothe their stressed soul. The »Lux aeterna« festival aims to respond to this yearning for spiritual experience – with music. The Latin title translates as »eternal light«. If you direct your steps to the enticing open doors of Hamburg's churches and concert halls, you will encounter sounds that illuminate us from within, music that speaks to us on a special, subconscious level.

The legendary whirling dervishes from Damascus seek their way to Allah in dance: the constant circular movement symbolises a spindle that connects the Earth with the likewise revolving cosmos. In the 13th century, the dervishes were followers of the Sufi mystic Rumi, who advocated a philosophy based on love: he believed that Man can only find the way to God via true love. A comforting message, to be sure.

For French composer Olivier Messiaen, music was not just a sequence of beautiful sounds, it was also the gateway to a different world, a heavenly sphere. »You speak to God through music – and He will answer you in music« – these words are sung by an angel in Messiaen's opera »Saint François d’Assise«. And elsewhere he calls for »true, that is, spiritual music«.

Spiritual music can also be found in the oeuvre of contemporary composers: Georg Friedrich Haas's »in vain« works with interwoven microtones and overtones that enable us to focus on the tiniest things in our surroundings. Mindfulness is the key word here. The effect is enhanced by the fact that parts of the concert will be given in complete darkness.

Obviously, a festival with eternal light as its theme must include Johann Sebastian Bach, be it in the shape of intimate »family prayers«, featuring songs he wrote for his wife, or of his great B Minor Mass. Franz Schubert's Mass in E-flat major is very different in character: the strict liturgical text is set to monumental and bold music. The festival also includes jazz sessions, dance performances at Kampnagel, and concerts with orchestra and for children.

As was the case at the previous three festivals, the forthcoming »Lux aeterna« is not confined to the Elbphilharmonie and the Laeiszhalle: it includes churches and other locations all over the city. This is made possible by the constructive cooperation of the major Hamburg orchestras and by longstanding partners such as Kampnagel. They all help translate infinity into music. Musica aeterna.

The Music Inside Each of Us

»What effect does music have on us?« – A choirmaster, a neurologist and a music therapist provide some answers. 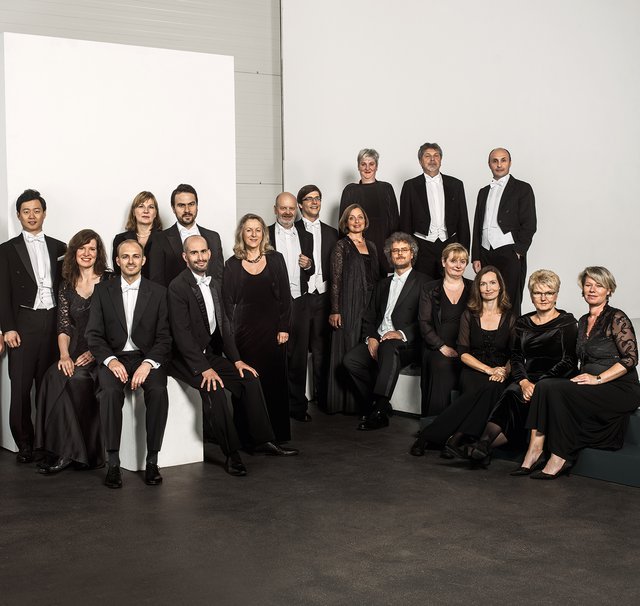 NDR Chor invites you to sing along

The NDR Chor's big sing-along concert at the Elbphilharmonie.