The Kühne Foundation first supported the Elbphilharmonie project in 2012. Since 2014, the foundation has been an avid benefactor of the »Hamburg International Music Festival«, which has significantly enriched the Hanseatic city. The Kühne Foundation continued its support following the opening of the Elbphilharmonie and enabled the guest performances of the Orchestre de Paris under the baton of Daniel Harding at the »4th Hamburg International Music Festival« in 2019.

The launch of the Körber fund »ZukunftsMusik« in 2006 began Körber Foundation’s regular commitment to supporting and enabling socially relevant projects in the new concert hall building.

With its generous and continuous support since 2007, the Hans-Otto und Engelke Schümann Foundation has facilitated the first-class interior in the Elbphilharmonie Recital Hall.

The Haspa Music Foundation has made it its mission to sustainably contribute to the development of Hamburg as a City of Music. It therefore also sponsors projects at the Elbphilharmonie and supports the »Long Night of Singing« and »Made in Hamburg« concert series in the 2019/20 season. 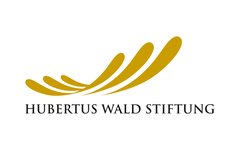 For more than 25 years, the Hubertus Wald Foundation has committed itself to the development of a high-quality music programme for children and to inspire children to get to know classical music. It funds the World of Instruments’ »Klassiko« programme.

The Cyril & Jutta A. Palmer Foundation helped to launch the »Teatime Classics« at the Laeiszhalle in 1998. From season 2016/17, it enables a further series: »Pianomania« in the new building on the Elbe.

With its keen interest and commitment to music education, the Mara und Holger Cassens Foundation has supported the Laeiszhalle and Elbphilharmonie since 2011.

»Creative Europe« is the European Commission's framework programme for support to Europe’s cultural and audiovisual sectors. It aims to enable these sectors to reach their full potential, to give them access to new international opportunities and audiences, and to promote innovation and creativity throughout Europe.

At the Elbphilharmonie, the G. u. L. Powalla Bunny's Foundation Hamburg supports matters close to the heart of the Powalla benefactor couple: good music and the outstanding landmark of the Hanseatic city. Since the adventurous Powalla's have also traveled »Around the World«, the foundation promotes the subscription series of the same name.