Georg Philipp Telemann was Hamburg’s »Director Musices« for 46 years, from 1721 to 1767. He was, even beyond his long tenure in Hamburg, one of the most influential figures of the European Baroque. On 25 June 2017, the 250th anniversary of Telemann’s death, the renowned concert series »NDR Das Alte Werk«, in a large-scale cooperation with the Elbphilharmonie Hamburg, presents a multifaceted festival featuring outstanding performers in honour of the composer.

The festival focuses on three themes: Telemann and Hamburg, Telemann and France, and the composer’s sacred music and oratorios. The »Telemann and Hamburg« theme is inextricably linked to his involvement with the Oper am Gänsemarkt, known today as the Hamburg State Opera. Telemann was Musical Director here from 1722 to 1738, and it was during this period that he composed the opera »Miriways«, which was based on contemporary, real-life events in the kingdom of the Persian emir Mir Wais. »Miriways« opens the Telemann Festival in the Laeiszhalle Grand Hall – just a stone’s throw away from where Telemann once worked – performed by the amazing Academy for Ancient Music Berlin under Bernard Labadie, and with distinguished soloists.

Towards the end of Georg Philipp Telemann’s tenure at the Oper am Gänsemarkt, in 1737 and 1738, Telemann travelled to Paris and was immediately enthralled by French music. Telemann continued to engage intensively with this music for the rest of his life. As part of the festival’s focus on »Telemann and France«, cantatas and pieces of chamber music by Telemann and Jean-Philippe Rameau are juxtaposed in a number of concerts, with specialist ensembles such as Les Talens Lyriques from France making guest appearances in Hamburg.

Finally, as part of the festival’s third focus area »Sacred Music and Oratorios«, the Freiburger Barockorchester performs the oratorio »Das selige Erwägen« (The Blessed Contemplation), which was very popular in Telemann’s time but which is rarely heard today. The festival programme also includes several other concerts featuring chamber music, organ works by Telemann and his contemporaries, two concerts in churches Telemann was responsible for, as well as genre-defying concerts in which early music, jazz and new music collide. 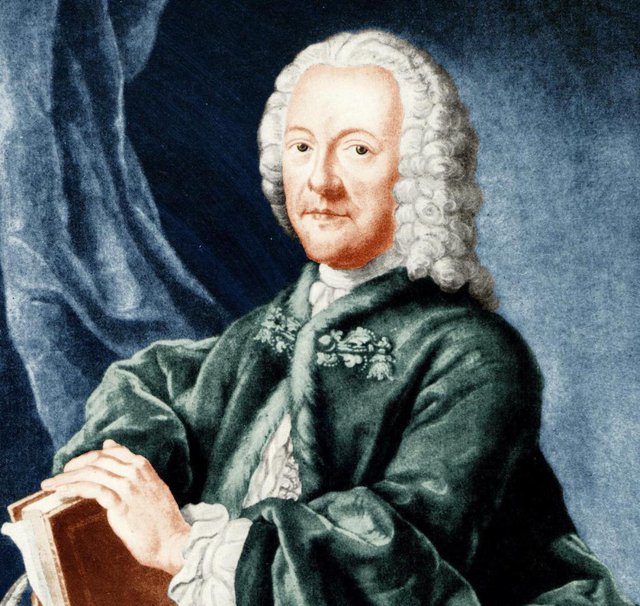 Remarkable and curious facts on the 250th anniversary of Georg Philipp Telemann's death.