»Salām!« is a traditional Arabic greeting and simultaneously the Arabic word for »peace«. The »Salām Syria« festival is not only intended as an expression of the wish for peace in a country ravaged by civil war, it is also meant as a welcoming gesture and an invitation to get to know each other.

Until the outbreak of war in 2011, Syria was a fascinating musical landscape, a melting pot of Arabic, Kurdish, Armenian, Assyrian and Early Christian culture. Damascus, which was the »Culture Capital of the Arab World« in 2008, had a wide and rich cultural offering. You could study dance here, as well as classical and traditional music, and the Middle East’s first big band, the Syrian Big Band, delighted thousands of fans in one of the world’s most ancient cities.

With the »Salām Syria« festival, this world is now brought back to life again in Hamburg, in a series that includes a passion-filled joint concert with the NDR and the Syrian Big Band. On the second evening, Hamburg’s musicians join their Syrian colleagues to play works by Syrian composers. As artist in residence, the internationally celebrated clarinettist and composer Kinan Azmeh is giving a number of performances, including a very special appearance with his terrific trio Hewar. »Hewar« is the Arabic word for »dialogue«, which is what the Syrian artists are conducting with renowned musicians from all corners of the globe.

Before DJ Ipek transforms the Elbphilharmonie into a dancefloor as part of the closing event, Ibrahim Keivo reminds us of his country’s great musical tradition. Singing in Arabic, Kurdish and Armenian, he presents songs from Mesopotamia’s rich and diverse cultural landscape. Salām Syria! 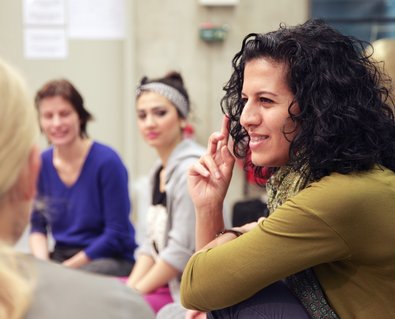 Participation open to all: take part in the Kreativ Camp and discover Syria’s rich cultural tradition through the expertise of professional musicians, dancers and live painting artists from Syria.

More about the Kreativ Camp 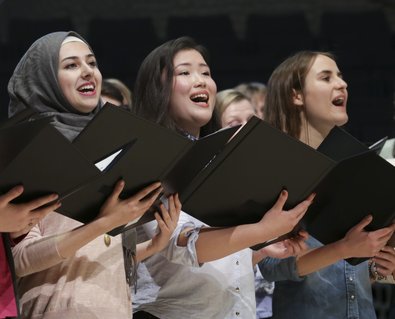 For everyone who loves to sing: emerse yourself in traditional Arabic folk music for six months and at the end take the stage alongside the Syrian Expat Philharmonic Orchestra.

More about the Project Choir