As one of the hottest sound inventors in the contemporary scene, Nils Frahm often resorts to unconventional means to get the best possible sound experience out of his instruments. In 2012 he muted his piano using felt for the aptly-named album »Felt«, thereby creating the mellow Nils Frahm sound we now know him for. Since then he has tried almost everything and consistently come up with new sounds. As part of this mission, he set up a studio for his sound experiments in Berlin’s Funkhaus. Here, over the course of two years, he produced his most recent album »All Melody«, which as the title suggest, is all about melodies. The result: »Music that is just like painting«, as the cultural programme »titel, thesen, temperamente« declared.

With his mix of contemporary and classical piano music, enriched with minimalist electro sounds, the Hamburg-born musician initially found favour among a younger audience. But film music compositions such as the score for the Berlinale hit »Victoria«, which won him the Deutscher Filmpreis, introduced him to a broader audience. Be it the Knockdown Center in New York, under the pyramid of the Louvre in Paris or at the Vivid Festival at the Sydney Opera House – tickets for his concerts around the world invariably sell out within hours.

Nils Frahm now presents all the diverse aspects of his music at the Elbphilharmonie. For the three days of his »Reflektor« weekend, the whole Elbphilharmonie – from the Grand Hall to the Kaistudio – becomes a playground for him and his guests, all of which are renowned artists from the fields of electronic, pop, film, photography and the visual arts. 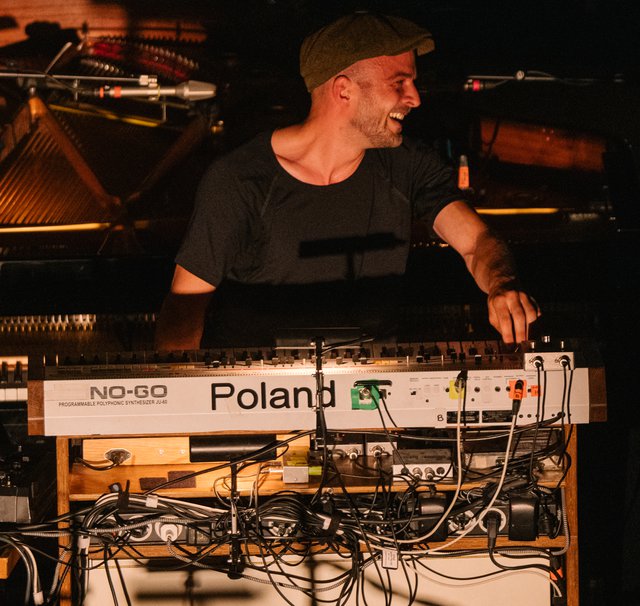 A genius on the piano keys and electronic buttons: Nils Frahm was in charge of the Elbphilharmonie programme for three days.