The critics agree that Yo-Yo Ma is the world’s best cellist, with 18 Grammy awards and almost 100 albums to his name, many of which even found a place in America’s Billboard charts, they reinforce this estimation, just like his celebrated projects with classical orchestras, world music artists and jazz stars like Bobby McFerrin. But on the concert podium, especially in Europe, this exceptional artist makes himself scarce, preferring to pass on his knowledge to the younger generation in master classes and educational projects. Thus it’s nothing short of a small sensation that he has confirmed three (very different) concert engagements in the opening season of the Elbphilharmonie. 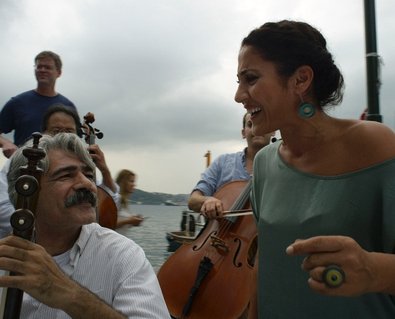 The Music of Strangers