This is the new Vienna: it is honest, purposeful, sometimes a little bold, but extraordinarily strong. Hearing it does you good. And it’s making an appearance in Hamburg: in Alicia Edelweiss and Sigrid Horn. Two young musicians from the Austrian capital who demonstrate that the big message comes over best on a small stage.

When Alicia Edelweiss takes to the stage with her accordion, you know immediately that she belongs there. She clearly feels comfortable – and so the audience do too. Her career began as a street musician in various European countries. Then, at a certain point she found herself back in Vienna, where she now works on what she calls »orchestral folk-pop«. Depending on what each of her songs need, she switches between instruments and vocal pitches – from fragile to assertive, but always inspirational.

As is Sigrid Horn. She grew up initially in provincial Austria and later in Vienna, and sings in dialect and accompanies herself on the ukulele and piano. Her voice may be bright and brilliant, but some of the themes she explores are dark. Her latest album »Sog i bin weg« (»I'm Gone«) is not always a comfortable listen. No wonder considering her roots in Vienna’s active protest-song scene, where complaining and soaring are never far apart. That is just Vienna for you.

The »Ganz Wien« festival brings the Wienerlied (Viennese song) in all its forms to the stages of the Elbphilharmonie. A line-up of the contemporary scene's most exciting artists exudes original Viennese flair and demonstrates the musical treasures the Austrian capital has to offer. 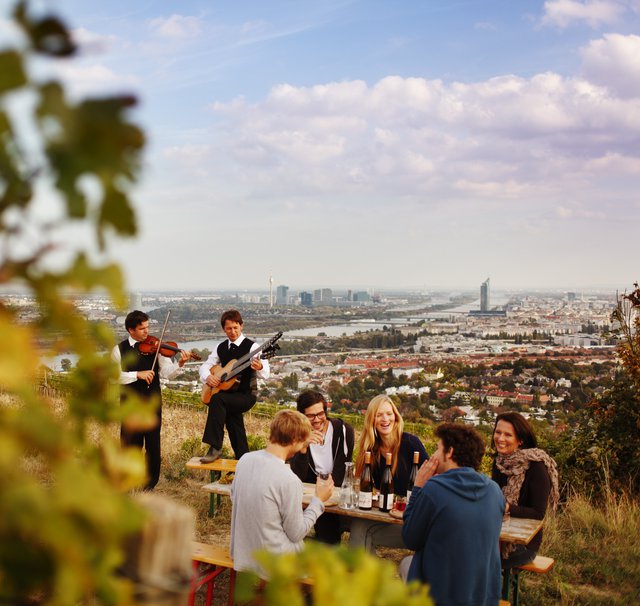