Salvatore Sciarrino is the grandmaster of silence and subtle nuances. Born in Palermo in 1947, he is now regarded as one of the most important contemporary Italian composers. On the occasion of his 70th birthday, the NDR Elbphilharmonie Orchestra dedicates a special concert to the Sicilian.

Sciarrino’s music moves on the boundaries of silence. His musical calling card is a mixture of subtle, delicate sounds and instrumental whispering, located somewhere in the grey area between mysterious noise and musical notes.

Moreover, the composer likes to draw on the »enormous memory magazine of cultural history«. Historical and mythical figures populate the world of Sciarrino the music dramatist, and the literary discoveries he employs as text material demonstrate his love of the written word.

In addition to Igor Stravinsky’s ballet music for »Apollo, Leader of the Muses«, the programme includes one of Sciarrino’s most recent works: the cantata »La nuova Euridice«, written to two poems by Rainer Maria Rilke. For the German premiere in the Elbphilharmonie, the solo part is sung – as at the world premiere in Rome in 2015 – by one of the leading women of the classical music scene: singer, conductor and contemporary music specialist Barbara Hannigan. She says – justifiably – about her performances: »I don’t interpret the music, I just have to be it.«

Conductor David Zinman ends this evening of myths and muses with a suite from the monumental opera »Les Troyens«, Hector Berlioz’ evocation of the downfall of Troy. 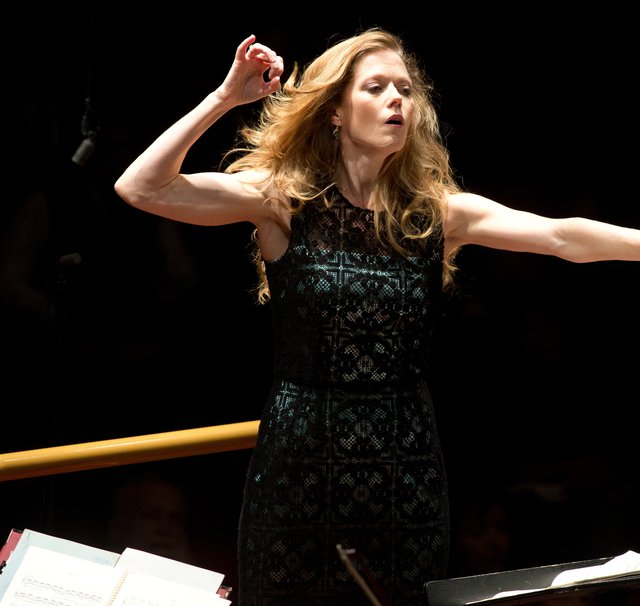 Portrait of the soprano and conductor Barbara Hannigan.