She sees herself as a »storyteller« who uses all the channels available: Laurie Anderson is a musician, filmmaker, author, performance artist, painter and inventor of electronic instruments. Everything she touches becomes a creative artwork. She first caused a sensation with her experimental performances in the New York art scene in the 1970s, and she has remained two steps ahead of her time ever since.

Anderson and her husband, Velvet Underground singer Lou Reed, who died in 2013, were known as one of the most creative couples in rock music. Now, at the age of 70, Anderson still exudes energy – and still has plenty of things to say and stories to tell: »Stories and how they’re made fascinates me. Both personal and national stories are a deep part of our identity.«

However, during the course of the American presidential election, she saw the art of storytelling as experiencing an existential crisis: »Each candidate had a story about how the world is and how the world used to be and how things will be in the future [...] Rumours, lies, gossip and ›alternative facts‹ threw everyone out of balance, created even more stories, and at some point we realised that we were about to drown in our own stories.« This experience led Anderson to »Scenes from My Radio Play«: in this new project she presents a collection of stories, plays with time and memory, and allows the audience to create stories of their own – inspired by sound artists, musicians and visual artists.

For her Reflector weekend at the Elbphilharmonie, Laurie Anderson – ever the universal artist – has a number of surprises in store. Over the course of several concerts, she combines her music with pictures and literature, and invites a number of musician friends to join her. In sound installations, her own compositions and works by Lou Reed float around the Elbphilharmonie in the form of electronic drone sounds – and are used as the basis for musical improvisations. 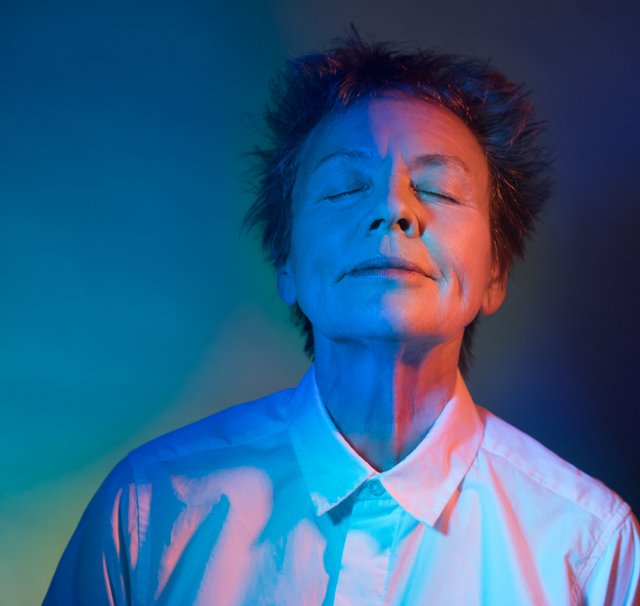 More Beauty! For Everyone!

One of New York's most interesting voices for more than 40 years: Laurie Anderson