»If I look for a synonym for music, Venice is always the word I find,« wrote German philosopher Nietzsche. And one cannot help but agree: with its picturesque palazzi, the lagoon city on the Adriatic is like a symphony in stone. Music seems to waft through the alleys and canals at all times, be it the singing of the gondoliers, the sound of church bells or simply the splashing of the water. The love of music has a long tradition here: few other cities have as much importance for European music history as Venice does. For more than 400 years, »La Serenissima« was the driving force behind musical innovations that then spread around the world. In a territory that stretched as far as Cyprus, the fine arts flourished as well as trade.

St Mark's Cathedral has played a special role since time immemorial. It was here in the 16th century that Venice's rise to become a dazzling musical centre began with the foundation of a choir school. Composers like Adrian Willaert, who was appointed maestro di cappella at St Mark's in 1527, and the two cathedral organists Andrea and Giovanni Gabrieli raised the city's musical reputation to a level that was soon the talk of Europe. The architecture of the Basilica di San Marco with its galleries facing each other provided favourable conditions for spatial experiments, and Ottaviano dei Petrucci, who invented a method for printing sheet music using movable type, helped this Venetian »polychoral style« to spread far beyond the confines of the city.

Open to Everyone: The World's First Public Opera House

The next maestro di cappella at San Marco was none other than Claudio Monteverdi, whose name is now inseparably linked to another musical genre that was entirely new at the time: opera. The first public opera house in the world opened its doors in Venice in 1637. This costly art form had hitherto been reserved for the aristocracy, but now anyone could enjoy it for the price of admission. The demand ballooned, and at times the city boasted as many as 20 opera houses. The most important one today is the Baroque Teatro La Fenice, which has burned down and been rebuilt several times (most recently in 1996). La Fenice has one of the longest traditions of any opera house worldwide.

Giuseppe Verdi often chose the Teatro La Fenice for the premieres of his operas, »La traviata« among them. It is an irony of fate that his greatest adversary, Richard Wagner, died in Venice – of all places – in 1883.

In the 20th century, composers such as Britten, Prokofiev and Stravinsky likewise had their works performed or premiered at La Fenice. And Stravinsky, although he had died in New York, was buried at his own wish on the cemetery island San Michele: Venice had long since become an object of projection for all manner of romantic longings, as Thomas Mann's novella »Death in Venice« shows. In 1961, by way of contrast, a genuine scandal broke out when at a time of political turbulence Luigi Nono protested against repression and the violation of human dignity in his opera »Intolleranza«, thus provoking the establishment in no uncertain way.

If I look for a synonym for music, Venice is always the word I find.

But Venice was not only an important centre of vocal music for many centuries: instrumental music also enjoyed a golden age in the lagoon city. Venetian instrument makers had been working to perfect their craft since the 15th century, and it goes without saying that their products were put to brilliant use – in the city's four ospedali, for example. In these orphanages for girls, from which the conservatoires later emerged, the residents enjoyed first-class music lessons: one of the teachers was Antonio Vivaldi, perhaps the most famous Venetian of all time. Vivaldi worked as a music teacher at the Ospedale della Pietà from 1703 to 1716, and the dramatic pieces that he composed for the virtuoso girls' orchestra triggered a regular Vivaldi fever throughout Europe that infected even Johann Sebastian Bach.

Today, Venice's splendour is crumbling: the old city is overrun by hordes of tourists, who now have to pay an admission fee. Cruise vessels make the ancient buildings quiver on their stilts, and the sea level continues to rise. All the more important, then, to keep on telling the exceptional (musical) story of this unique city. And that is the aim of the Elbphilharmonie's Easter festival »Venice«. 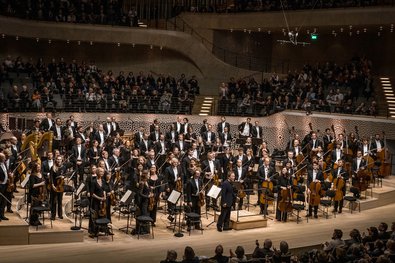 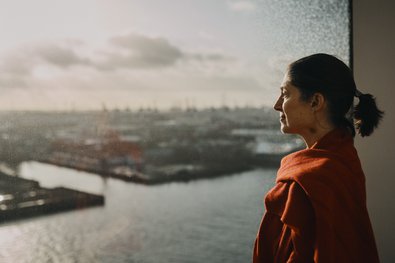