It's a little word with a lot of different meanings that the Hamburg International Music Festival has chosen as its motto in 2020: Believe. Of course the word is associated first and foremost with religion, with the profession of faith. But at a closer glance, many other approaches reveal themselves. Belief starts where knowledge stops, where logical thinking is of no avail, where opinions join forces with hope to combat doubt. A sphere of immense importance for Man, who is in the final event a pretty irrational creature.

Enlightenment philosopher René Descartes ignored it completely when he postulated: »Je pense, donc je suis« - I think, therefore I am. Which is something of a shame. Perhaps the claim »I believe, therefore I am« would have summed up our humanity better. In these uncertain Corona times, where the vague facts provide little basis for weighing up the risks and making concrete forecasts, thinking alone isn't sufficient.

The Hamburg Music Festival would have followed up these different connections in more than 40 concerts covering over 400 years of cultural history, from solo recitals through symphony concerts to staged projects, from classical music through jazz to pop. But the Music Festival has unfortunately had to be cancelled owing to the Corona pandemic. At least the opening concert can still be enjoyed: as a stream, put together from parts individually recorded, with a programme adjusted accordingly.

Learn more about the festival

There is no subject where music doesn't have something to say. From the Elbphilharmonie music lexicon.

Belief in the western world: Christianity

A central aspect of this year's Music Festival motto, though God knows not the only one, is of course the Christian faith. In music it found expression primarily in compositions for church use, e.g. in Leoš Janáček's »Glagolitic Mass«, from which titular organist Iveta Apkalna plays an excerpt in the concert stream. And in this field the Festival programme already displayed a new approach which is not without a certain charm: Icelandic tenor Benedikt Kristjánsson, for example, reworked Bach's well-known »St. John Passion«, singing all the parts himself. You can watch a recording made at Easter in St. Thomas's Church, Leipzig, here.

The Christian faith also holds great significance for Sofia Gubaidulina, the most important female Russian composer of our time, who has been living near Hamburg since the mid-1990s.

Music without faith has no reason to exist

For her, it is the foundation on which her life and work are based: »Music without faith has no reason to exist.« From this belief she draws a very accessible sound that reflects spirituality as well as a pleasure in vivid tone painting. The extensive retrospective of her compositions in six concerts has had to be cancelled, but at least she is represented by an organ work in the digital opening concert.

If you believe that

»If you believe that, good luck to you!« – thus the caustic and possibly envious comment of cynical individuals to all promises of salvation. They tend to adopt a tone of mild irony towards icons of belief, as jazz pianist Stefano Bollani demonstrates in his humorous filletting  of the musical »Jesus Christ Superstar«, or they deconstruct them as idols, like the Bigband Flat Earth Society, which reviles African dictators as »Boggamasta«.

Instead, the cynics believe in nothing at all, or only in clear, unerring science. Goethe's »Faust« is one such figure: when Margarete asks him about religion, he evades the question, declaring with regret: »I do hear the message, but I don't believe it«. Faust would probably have taken pleasure in the Music Festival production »Genesis«, which is still taking place, Corona notwithstanding: the musicians from Ensemble Decoder are letting themselves be locked up inside a disused warehouse for a week, where users sitting in front of their computer at home can steer them like avatars in a computer game, via head camera and chat.

Learn more about the game


Belief moves mountains, so they say. It won't rid us of the Corona virus, but it might make the wait easier to bear. Whatever you believe in: the Hamburg International Music Festival still believes firmly in music.

Hummus, steam baths and angelic powers – what artists believe in before the concert. 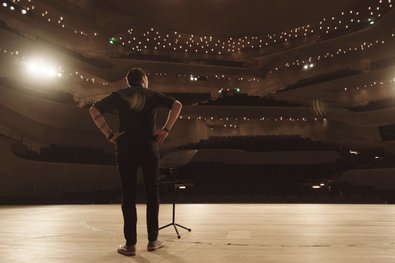 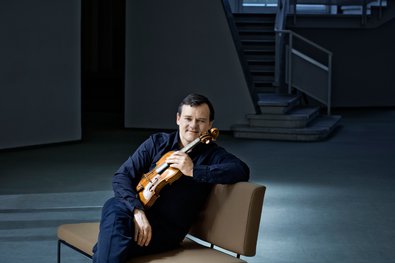 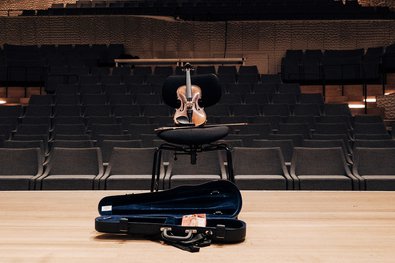