Shoulder-length white hair frames a narrow face. When he smiles, the smile is genuine. He is definitely not a dyed-in-the-wool loner, austere and inaccessible – an image that the media have tended to give him, not musicians. Musicians often rave about Manfred Eicher as a magician who elicits their best performances with endless sensitivity, patience and confidence in them. ECM has released more than 1,500 albums to date, many of them legendary. The offices where the head of the label and his staff work are not inaccessible, but they are certainly well camouflaged: ECM is housed in a functional building on a trading estate in the west of Munich, in the middle of nowhere, where the motorway traffic rushes straight past the windows. It was not far from here where everything started 50 years ago.

In the »Reflektor« series, selected artists are symbolically lent the keys to the Elbphilharmonie. That means: they curate the programme. Manfred Eicher is in charge from 3-6 February 2020.

When Eicher believes in a musician, he risks everything.

Back then, a young bass player had a part-time job at an electrical shop in Munich-Pasing. He was 25 when he gave up the job in 1969 and spent 16,000 Deutsche Marks on setting up his own record label, which he called »Edition of Contemporary Music«. It was a time when jazz was in something of a crisis, and Eicher wanted to change that; he went ahead and did it, as a producer, sound engineer and source of inspiration in one person. By the mid-1970s, ECM's reputation had already spread as far as New York, where the label helped Steve Reich make his breakthrough. Though it is fair to say that this was »written music«, as Eicher refers to compositions. For such works, for everything from the Renaissance to the avant-garde, the »ECM New Series« was created. Manfred Eicher himself had grown up playing the violin in Lindau on Lake Constance, and was just as familiar with Schubert as he was with Miles Davis. As he says himself, he finds it easy »to see the fascination in both fields«.

When Eicher believes in a musician, he risks everything. A classic example is the young jazz pianist Keith Jarrett, with whom he produced a solo album in 1971. He organised a European tour for Jarrett and recorded his concert in Cologne, which he released as a double LP, packaged in a beautiful, minimalistic gatefold sleeve: since then, no music lover has been able to put an ECM aside unheard. »The Köln Concert« has sold some three-and-a-half million copies to date, and this was not the only time Eicher made music history: he has accompanied the development of artists like the American performance artist Meredith Monk and Armenian-American viola player Kim Kashkashian for decades, and the international success of the composer Arvo Pärt would be inconceivable without ECM.

Marketing, target groups and profitability have never interested Manfred Eicher: he has always followed his visions.

Marketing, target groups and profitability have never interested Manfred Eicher: he has always concentrated on his personal visions. But many of his wildest ideas have triggered a huge response. One example is his idea to have saxophonist Jan Garbarek improvise to sacred chants sung by the Hilliard Ensemble: 1991's »Officium« remains a cult album to this day. But sales figures have never been his goal; they simply make sure that he can continue working on what interests him, be it Argentine tangos or the Bach cello suites. Eicher focuses on the search for »something that I don't know«, for the aura of the sound, for truthfulness. It is a search that bears fruit in time-consuming projects, in long-standing collaborations with artists. But in the meantime, the massive decline in the market for CDs and LPs is forcing even ECM to embrace the world of streaming. »The development of a record, with a beginning, a middle and an end,« says Eicher, »is a thing of the past. We live in an era where no such development is possible.« Something like ECM, he adds, could never be created today. That makes his work more precious than ever. 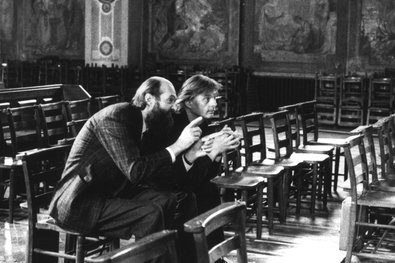 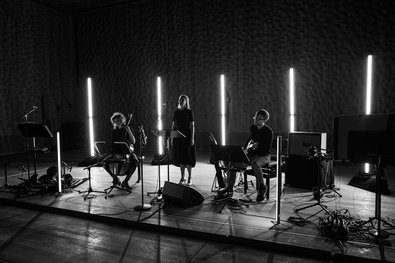 »Darker than Black«: An Ode to Melancholy with Works by Thomas Hume and Burkhard Stangl