It comes as no great surprise that the Austrian capital Vienna has yet again been voted the city with the highest quality of life anywhere in the world. There is hardly any other place where culture is so close to nature. The metropolis stretches over a wide area, it's true, but it doesn't take long to reach the city boundaries. At least, that's the way it feels. You find yourself in the countryside at the end of pretty much every tram or bus line: in a cultivated wilderness, where country villas nestle against vineyards, and the vineyard in turn has a Heuriger as its neighbour.

Exactly, the Heuriger, where people generally sit in the shade of spreading boughs on wooden benches and enjoy wine from the owner's vineyard. A quarter-litre of this one, a glass of that one. The Heurigen are valuable relics from earlier times, rural taverns that entice young and old, locals and visitors alike, to the outskirts of the city for a convivial time in charming surroundings.

When people get together, it won't be long before they strike up a song

Conviviality is not the only thing that brings people out to a Heuriger in Grinzing, Sievering or at Nussberg: a visit to a Heuriger is also a celebration of nostalgia. Back in the 19th century, people were already sitting in the tavern gardens and enjoying the new wine – often accompanied by the gentle sounds of a musical genre that was born and found its natural habitat here: the type of Viennese song known locally as »Wienerlied«.

The term »Heuriger« refers to the young wine from the latest harvest, derived from the Austrian word »heuer« meaning »this year«, and also denotes the tavern where the new wine is drunk. In addition to wine, Heurige also serve non-alcoholic drinks and regional delicacies. There are about 100 genuine Heurige in Vienna.

Yodelling is generally associated more with the Tyrolean Alps than with the city. But Vienna, too, established its own style of yodelling in the 19th century, though it wasn't exactly yodelling as we know it. And where was the »Wienerlied« cultivated? At the Heuriger, where else?

The Wienerlied came into being in the 19th century as a mish-mash of widely differing influences from the tradition of street songs, of minstrels and harpists. At the same time, the Wienerlied enabled operetta and the Viennese waltz to discover their appeal to the ordinary people, likewise Early Romantic music. Urban singing styles, influenced by immigrants from other parts of the Austro-Hungarian monarchy, blended with alpine elements and Nestroy theatre couplets that used the rhythmic forms of the Ländler and of the polka.

At the same time, further important transformations took place: the music migrated from the stage to inns and Heuriger, and the performance culture turned into a join-in culture, with the public quite frequently singing along.

From Folk Singers to the Schrammels

The Wienerlied really took off thanks to folk singers like Johann Baptist Moser. Then later on, towards the end of the 19th century, the brothers Johann and Josef Schrammel created the type of music that still bears their name to this day: »Schrammelmusik«, originally performed by an ensemble consisting of violins, contraguitar, clarinet and the characteristic Schrammel harmonica. The style is still cultivated with dignity, for example, by the Neue Wiener Concert Schrammeln, who will bring a taste of Vienna to the Elbphilharmonie at the »Ganz Wien« festival.

Schrammelmusik is often described as grouchy or whiny, carried by a lively melancholy. And melancholy is an underlying feature of the Wienerlied in general. Especially as regards the song texts. Here, omnipresent death plays a major role, as do love lost, the decline in moral standards, and the good old days that have gone forever. That was the case back in the 19th century, but also in the post-war years, when leading actors like Helmut Qualtinger, Hans Moser and Paul Hörbiger helped the Wienerlied achieve renewed popularity.

Yet amidst all the darkness the golden Viennese heart still shines brightly, even today. Personified by Der Nino aus Wien, Molden Resetarits Soyka Wirth or 5/8erl in Ehr’n, representatives of the New Wienerlied. They all show that the morbid side of life harmonises perfectly with the things that make life worth living. These two opposites even spur each other on. And that in turn proves that the Wienerlied is immortal – at least as long as the lights are on at the Heuriger. 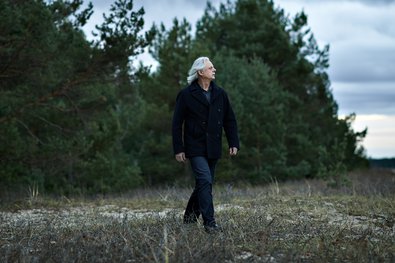 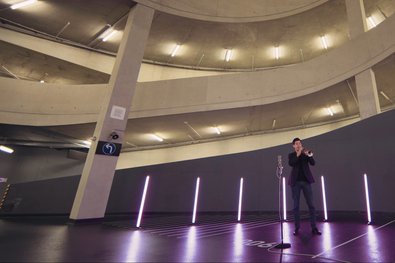